Dodge Viper License Plate Frame Road Tripping From Minnesota to Louisiana in a Dodge Viper
Subscribe HERE For More News:
Read Original Source Here:
Alongside the banks of the Mississippi runs another river. an 1855-mile stretch of road that anchors the heart of Louisiana to the far­thest reach of Minnesota. On a brisk day in late June, we jumped into the stream of asphalt in Dodge’s rough and ready Viper and let it carry us to places where no one worries about eating healthy or missing an episode of “Seinfeld.” to the land where the blues was born—somewhere along Highway 61.

The U.S. government cre­ated Highway 61 in 1928 by piecing together a north-south companion to Route 66 from existing patches of road. The resulting highway crossed rocky bluffs, flood plains, and silt-rich farmland on its way south from Grand Portage, Minnesota, to New Orleans.It was on the rural South that the new road would have the greatest impact. High­way 61 arrived in the Mississippi Delta at about the same time as the mechanical cotton harvester. The harvester’s inventors, John and Mack Rust, promised that eight of the machines could pick a 40-acre field clean in a day, a feat that took 50 men and women. They kept their promise, and with the swipe of a machine’s arm the Delta sharecropper was made obsolete.

Soon the narrow two-lane road swelled with the ranks of displaced sharecroppers. After 1940, five million Southern blacks were disgorged from the cotton planta­tions, another spasm in the drawn-out death of American slavery. Lured by the promise of prosperity in the big cities, they headed north out of the Delta, carrying the blues with them, on the road that led to Memphis and beyond.

If ten days in a black Dodge Viper sounds like nirvana, well …yes.

But a Cadillac STS it wasn’t. Mild-mannered Arizona grad student Biff Rosenberg and I approached ten days in search of the blues with some reservations—at better hotels, that is, because the Viper had no criminal-deterring door locks (no door handles, either). We took sun­screen but still fried like cajun catfish in the southern sun.

We ditched the spare tire and jack with the realization that the Dodge dealer in Hannibal, Missouri, probably did not carry a 335/35ZR-17 directional replacement tire anyway. Also, we needed the luggage room. With only two soft-sided bags, a map, and three tape cases, even the footwells were full.

Dylan’s “Highway 61 Revisited” in the tape deck, we crossed into Minnesota. There were no blues here, only a sea of blond, fair-skinned Scandinavians, the residue of pioneers who crossed the country looking for a place like home, found it in Minnesota, and stayed. Here, the road never veers more than twenty degrees from its straight-line path, insulated by lanky silver birch trees and the steel-blue cold of Lake Superior, which never reaches more than 60 degrees, even at the height of summer.
The road wrapped itself in a neat bow around Duluth, then trailed out into the emptier reaches of Min­nesota like a vine tendril. Outside of Duluth, where the sun burned off the lead­, colored clouds and the sky opened into a Duke blue, Highway 61 silently merged into the Inter­state that brought us into Min­neapolis.

In the home of Bob Mould and the Replacements, the blues took a back seat to alternative rock. We cruised Hennepin Avenue, where the students from the Uni­versity of Minnesota come out to play after hours, and unsuccessfully asked around for the hot clubs of the day. After five hours of top-down trolling, we came up with a three-way tie for the most interesting per­son we met:

1. Bachelorette Number One: “Okay, guys, here’s a quick marketing question for you,” one of a gaggle of female mar­keting majors asked us. “What do you think of this exciting new product?” Pinned to the chest of the unlucky, soon-to-be-married pre-M.B.A. was a bright bouquet of condoms, sagging like a bunch of wilted flowers.

2. The Weird Chick: Later, we pass an exotic, thin-limbed creature in cat-eye glasses, a leopard-print jumpsuit, and what must have been a velociraptor pelt draped around her shoulders. “You can take off your ties now, guys,” she grimaced as she trudged urgently along.

3. Chris. the University of South Dakota medical student: This girl was trouble. She came to Minnesota for a vacation. She hopped into the Viper at a street corner and screamed, “Take me for a ride!” Her friends were relieved when we returned: “Thanks for not chopping her up and dumping her in the river.” 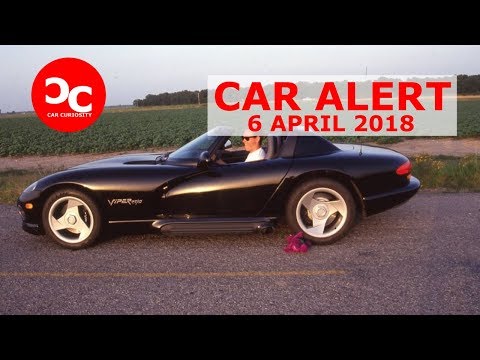